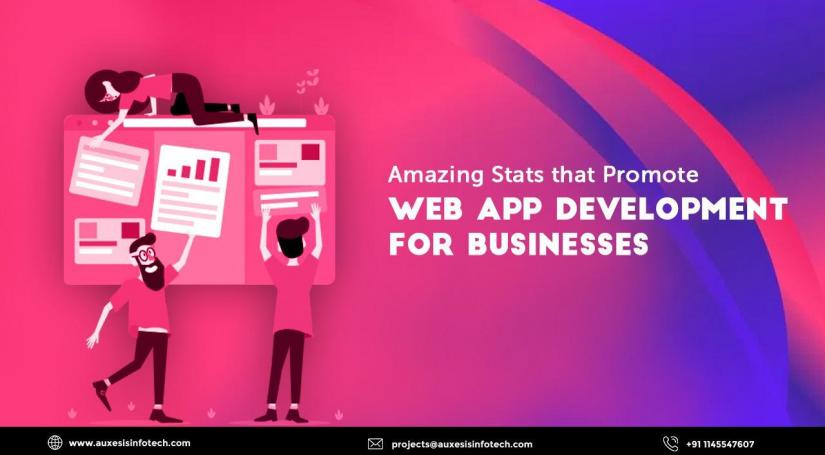 Riveting Stats That Will Convince You to Build Your Business App

Out of curiosity, did you ever thought of how many smartphone users are there in the world? Well, you must be astounded to know that the numbers mark is more than 2.7 billion. With such a huge number, it’s no surprise why the industry of mobile app is thriving. And for a fact, it is expected that the industry will continue to be growing at a steady pace in the future.

The use of mobile applications is not just restricted to smartphones, people also use tablets to use apps of their interests and choice. Another stats says that the world has more than 1.36 billion tablet users.

As per the stats, on average, a user spends a total of 3 hours and 15 minutes daily on his/her phone. And out of all, 20% of phone users are have daily screen time in excess of 4.5 hours. Besides, the same stats, it is also said that a major chunk of smartphone users check their phones 58 times a day and 30 of those comes during the working hours. Not just this, people spend 90% of their mobile time on apps.

As mentioned above, there more than 2.7 million smartphone users and 1.36 million tablet users worldwide. This means as the usage of mobile devices will increase, the number of mobile app downloads will also increase subsequently. There is a stat which says that annual app downloads in the year 2016 were 143.7 billion which increases to 178.1 billion in 2017 and 194 billion in 2018.

Besides, it is also predicted that these numbers are expected to increase by 25% between 2018 and 2020.

 It wouldn’t be wrong to say people will only invest their time on something if it is free of cost. And this can be well-judged by the numbers of free vs paid downloads over the years.

As it can be clearly seen what is best for the business - to develop an app which is completely free or the paid app. People are more into free apps and for a fact, 98% of total mobile app revenue worldwide comes from free apps.

I don’t think it’s hard to guess the top category worldwide on all platforms, right? Well, if your guess is games, then you are not wrong at all. It becomes very easy for a business to predict the chances of getting success for their app if they know the standing of their business app category on the list of popular app categories worldwide.

As of May 2019, the category of games holds the maximum share of 24.3% out of all active apps on Apple Store. Followed by, the business and education categories are on second and third places with 9.76% and 8.52% shares, respectively.

On the other, Google Play Store has some interesting data which says that ‘Tools’ is the most used Android app category (as of September 2019) followed by ‘Communications’ and ‘Video Players and Editing’ on second and third, respectively.

Well, this must be one of the most common questions from anyone who is new to all this or from even those who have a well-established business and want to build an app for it (you never know).

The below-mentioned stats says it all! The worldwide revenue from mobile apps is significantly increasing which can be seen in the below chart that shows worldwide mobile app revenues from 2014 to 2019 combined with the expected revenue till 2023.

Mobile apps are indeed have become one of the necessities for the smooth operation of a business. And the year 2020 will continue to big success for the mobile app industry.

Develop A Nose For Mobile App

And if you are planning to build a mobile app for your business in the coming year, you can ease up your stress by choosing Auxesis Infotech. Being one of the leading mobile app developers, we aim to give the best results to our clients, keeping their satisfaction our utmost priority. To know more about us and our services, feel free to contact us!