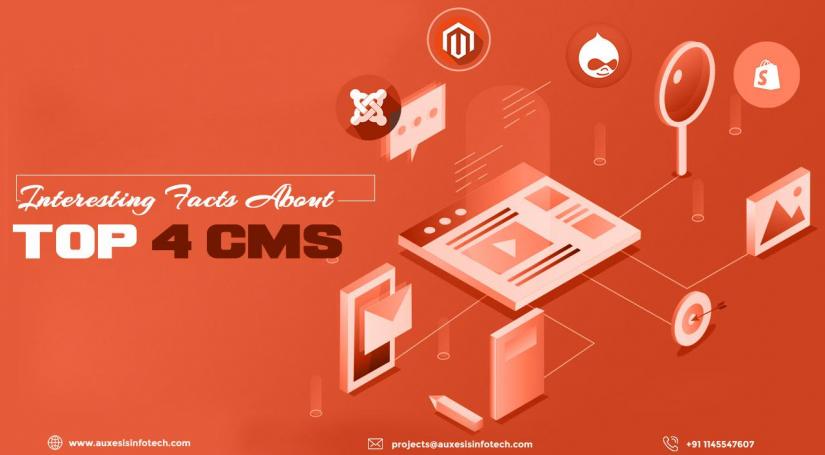 Please Note: the list does not include WordPress as there are already plenty of blogs on facts and features of WordPress on the internet.

What is Content Management System? This must be the first question for all those who have zero knowledge about web design and development industry.

Wordpress is one of the most famous self-hosted content management systems. Apart from that, the other popular CMS platforms are:

Joomla is an open-source CMS platform which was released in the year 2005. It connects your site to MySQL, MySQLi, and PostgreSQL database to make content management and delivery easy. The prime focus of Joomla always remains on extensibility and usability. Let’s have a look at some amazing facts and figures of Joomla:

Founded in the year 2000, Drupal is one of those free and easy to use CMS platforms where one can build his/her own website without even having technical skills. Along with a content management platform, it also has a development framework. Following are the facts and figures that might convince you to choose Drupal to build your website:

An open-source built-in PHP, Magento was founded in the year 2008. This CMS platform helps a programmer to create e-commerce websites without any hassle. Though it comes as free software, one has to pay to unlock the premium features. However, the ones that are free are enough to build a small e-commerce website. Let’s now have a look at some of its amazing facts, figures, and features.

Shopify is yet another e-commerce platform that you can use to build your own store. Founded in the year 2004, Shopify is a SaaS shopping cart solution. Being easy to use, low startup costs, amazing themes, and lots of support options allow you to make an impressive e-commerce website on Shopify. Here are some facts and features of Shopify.

Each of the above CMS has its own perks and drawbacks. Hence, you need expert knowledge to decide which one will be the best suitable CMS platform for your business. And Auxesis Infotech not just helps you decide that but also take in charge of your website creation.

what is cms, popular cms platforms,

Which CMS is Best For an Entertainment Website Development?