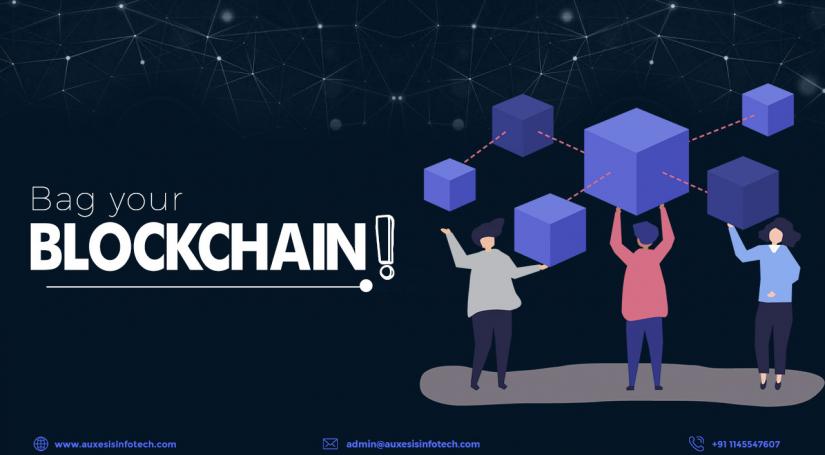 Blockchain Development is a Necessary Evil

Blockchain has gone up to the brim of contentment that masses have financially been acquainted and apply in their life particularly. Blockchain Technology is a renowned platform of financial security in this edge of the digitally equipped world but also forms the communication base between the business providers and service seekers altogether.

Blockchain development technology has made its way triggering the traditional brick and mortar methods of exchanging the transactional data, storing and sharing it with the required. All the essential information that is needed to be stored perfectly under supervision in protected in the blocks retaining them and passing on to peer without any delay or failure.

It has been an authenticating charm in the heavily technical world where cryptocurrencies have won the first race in making space in the hearts and minds of the masses with financial allure. It has been the most secure manner in which the information or data has been stocked in a manner in which it is shared and both encrypted which cannot be hacked at any cost.

Whip and Win your Blockchain Technology

The trust or faith factor amongst all the members who share the access to the data or information of the Blockchain is necessary and thus, it must be limited to them and all amendments or updates of the same must be done with the consent or consensus.

The encryption of the blockchain is one of the greatest factors that are essential for maintaining the security purpose of the blockchain accords. Though the data is maintained and operated in a manner that everyone has access to it and can see it but on the same place must be protected.

Blockchain development company offers flexibility where all the information or data can be accessed by everyone, it also has some drawbacks where it needs to be shut out of the public alterations. The changes cannot just be made by anyone and everyone as once changes are made in it and developed, it becomes immutable further.

Blockchain is of the People, for the people, and by the Developer

Blockchain development is open source platform which runs on the scrutiny of the veterans who specialize in data operation in a manner that they decentralize it, are accountable for all the actions undergone for the storage and accessing it, moreover are answerable for any issue hindering its process. It has no central overarching authority but yet gets hold over the maintenance of the blockchain technology confidently. It is no false promise or prank but is completely accessible without putting any authority over anyone to alter any data or information. Blockchain is minutely operated by all the thousands involved in running the same in a commendable transparent manner which is spread around across millions of computers.

Why is it a Chain?

Firstly, blockchain technology is determined via a decentralized course of action where there is a peer to peer network and the reason behind the same is a process or a fact which is spatial namely, torrenting.

What Role Has Auxesis Infotech Played At The Global Interface?

In the vast world there has been a large number of inventions and discoveries of cryptocurrencies and there comes the most popular of all, blockchain alerting the investors of financial prodigy. Auxesis Infotech has been an advancement leading blockchain development.

FinTech Trends That Will Transform the Finance Industry