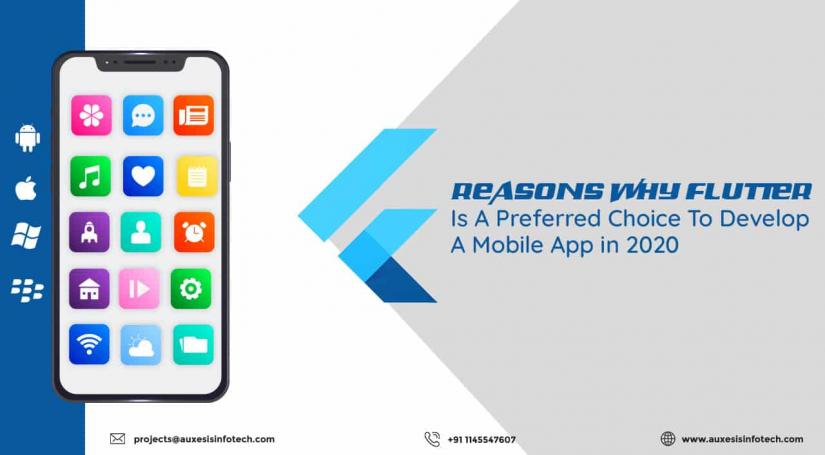 With the increasing users of smartphones, the mobile app market is also receiving a boost. In the present time, it has become an evident need for every business to have a mobile application. When you make a decision to go for mobile app development services, surely, you aim to get a fully-featured application for your business. Well, the task of creating a successful mobile app isn’t as easy as it sounds. There are different factors that define a successful application. However, of all those factors, choosing the right technology to develop your mobile application is an important one. Now when it comes to technology, a majority of business owners and developers go for Flutter app development. Flutter is probably the most preferred choice of technology to develop mobile apps in the present time. Therefore, in this post, we will talk about why is Flutter the best choice for mobile application development.

An open-source platform that provides a software development kit (SDK), Flutter is a popular technology in the space of mobile app development. The Software Development Kit supports cross-platform mobile app development and it includes engine rendering, ready to use widgets, APIs for testing and integration, and command-line tools. Just to let you know, Flutter is known to use a single codebase to develop both Android and iOS applications. In simple terms, Flutter is a complete UI kit by Google that lets developers create top-notch applications with the best scrolling behavior, icons, and typography.

Reasons Why Flutter App Development Is Trending In 2020

If you want to know why is the Flutter best and the most sought-after technology to develop mobile apps, well, there are not one or two, but a number of reasons.

Same UI In All Platforms

Reusable widgets are put to use in Flutter for app UI creation. As a result of that, there is no need for developers to adjust the UI properties such as styling, color, and more. Just to let you know, adjustments can be made in UI globally by making some changes to the codebase for both Android and iOS platforms.

Flutter has Hot Reload features. It is important to understand what this feature actually does. Unlike regular programming, it simplifies app deployment and that too without wasting the time of developers. Not just this, Flutter also facilitates the easy and quick application of all changes without even losing its current position. This helps developers in fixing bugs, adding new features, and building UI and too without even compromising the speed and development of the app.

Just to let you know, Flutter applications are written in Dart language. The applications do not use JavaScript bridges in order to compile code to native machine code. Now, this helps in accelerating the entire process of compiling and releasing applications faster than other platforms.

Flutter applications can work on any platform without even making any modifications - thanks to the Dart code. The technology has extended from the web to mobile apps to desktop apps. This makes the platform highly responsive.

The fact that Flutter has a single codebase to deploy applications on different platforms allows developers to test the application only for once. This obviously reduces the time not just for testing but marketing of applications as well.

You may also like: Traits To Look For In The Best Mobile App Agency

what is flutter, features of flutter app development