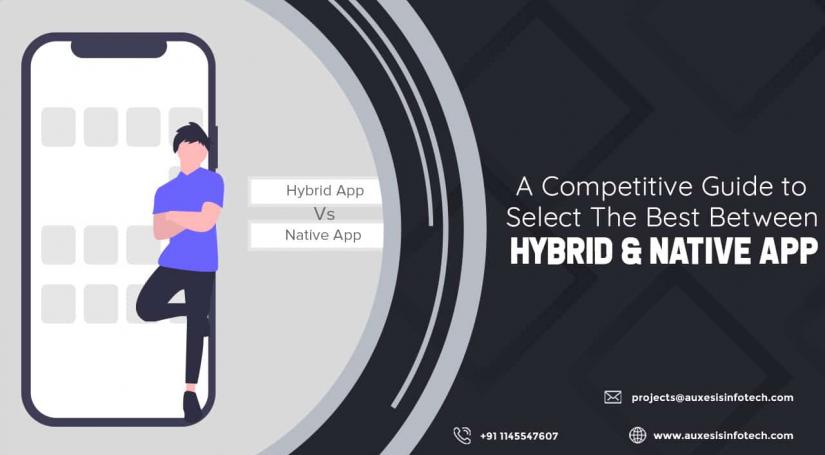 Hybrid vs Native App- Which One To Choose?

For businesses looking to build their mobile application, the hardest task has become the decision to choose between hybrid and native app development. For a long time, there has been a debate about native vs hybrid apps - which one to build for business. Hence, in this post, we will try to find out which is a better option to go with between native vs hybrid apps. So, let’s get started!

Before concluding anything let’s dive into the technologies of native and hybrid app development.

What Is a Native App?

Once you know what is a native app, it is also imperative to learn about the perks of native app development. When it comes to perks of choosing a native app, there are many that you must know.

Now, this was all about the overview of the native app. In order to get a better understanding of the difference between the native and hybrid app, we should look into the hybrid app as well.

What Is a Hybrid App?

In order to understand what is a hybrid app, it is important that you first know about web apps. Web applications are basically those apps that are accessible via a web browser. These are basically websites that are known to provide more functionality and interactivity. internet. For example, Wikipedia is a website that provides information whereas, Facebook is a web app that is more interactive and has numerous unique and different functionalities.

Now, coming on to what is a hybrid app, in the basic term, it is a combination of both native and web apps. These apps are built with CSS, Javascript, and HTML. These applications can also be distributed through app stores just like native apps. But the main difference between a native and hybrid app is cross-compatibility. Native apps have the ability to use cross-compatible web technologies just like web apps.

When it comes to the benefits of choosing hybrid mobile app development, well, there are many.

The cost of developing a hybrid app is quite low, as well as the development process is easy.
Hybrid apps support native experience with simple backend.
Hybrid apps come with enhanced UI/UX
These applications also facilitate offline support just like native apps
Like native apps, the performance and speed of hybrid apps are quite good.
When it comes to hassle-free integration with other applications, hybrid apps get an advantage.

Which One to Choose - Native or Hybrid?

After talking about the difference between a native and hybrid app, now comes the final question - which is better: native or hybrid app? Well, more or less, both platforms are important. They even share almost the same benefits. But at the same time, they both have their own strengths and weaknesses. The decision to decide which platform is apt for you totally depends on your business needs.

You may also like:  Top Cross-Platform App Development Frameworks

what is native app, what is hybrid app