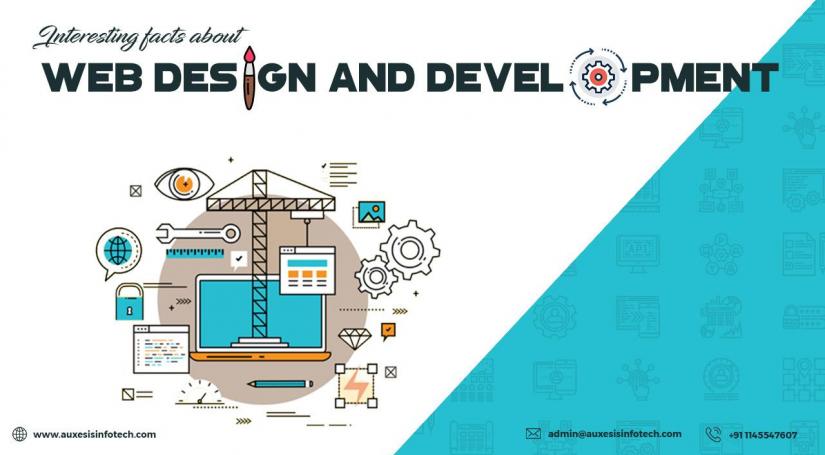 Website design and development is something that is entailed by every business these days to increase their brand visibility on the internet. Since the commercialization of web, it is interesting to see how rapidly web development and design has been leveling up in terms of the dynamic and interactive websites developed by web professionals.

1.) PHP wasn’t aimed to be used as a programming language by Rasmus Lerdorf. It was only developed to manage his personal website. The official version of PHP was then released in 1997 after many days of hard work and beta testing.

2.) Amazon’s "Block View" was launched before Google’s "Street View". Most of us are unaware that in 2004, Amazon launched a search engine, A9.com.
Block View was commenced by the A9 team. It was like visual Yellow Pages, which would pair street-level photographs of stores and restaurants with their listings in Amazon dropped Block View in 2006, and Google didn't start Street View until 2007.

3.) The dark ages of web design (1989)
Initially, web design was made by symbols and tabulation i.e. Tab key. It was called Dark Age since the screens were pitch black and only a few monochrome pixels existed therein.

4.) The first accessible browser for the World Wide Web was the line-mode browser launched in 1992.

5.) HTML was the language that Tim Berners-Lee used to create the first ever webpage.

6.) The first domain name ever registered was Symbolics.com on March 15, 1985. Presently, it serves as a historic site.

7.) Google actually began as a research project in 1996 by founders, Larry Page and Sergey Brin who were both studying at Stanford University California. In their research project, they planned to make a search engine that ranked websites as per the number of websites connected to that website.

8.) Photoshop wasn’t the first choice name for the design software. Its co-founder Thomas Knoll wanted to name it ImagePro. But the name was already taken for copyright so he went for Photoshop which was bought by Adobe on September 1989 which changed everything about Photoshop. Today, it has about 10 million users worldwide.
Here’s a fun fact - the first Photoshopped image was of Thomas’s wife, on the beach, taken from a trip to the Hawaiian Islands.

9.) 48% of people referred to a website’s design as the first factor in deciding the credibility of a business. People usually stay on a website for 10 seconds and if the website doesn’t aesthetically appeal them, they, at times, leave the site before 10 seconds also.

10.) In the beginning, Amazon started as one application talking to a back end. It was written in C++.

11.) Audi.com was the first responsive website to be launched in late 2001.

12.) Design plays an important role in sales and conversion too. You can increase the conversion of the paid product by 102.5% by removing stuff and adding a picture. – SignalvNoise

13.) JAVA WAS JUST AN ACCIDENT DISCOVERY!

James Gosling and his team were working at Sun Labs, around 1992. They were building a set-top box and started by "cleaning up" C++ which subsequently led to a new language and runtime which was named Oak at that time and later renamed to Java.

14.) Have you ever wondered how different colors can represent the personality of your website?
From web design’s perspective, white yellow and pink are perceived as sincere and pure, red, orange and yellow induce energy and excitement whereas brown and blue show competence.

The first access to the mobile web was commercially offered in Finland at the end of 1996 on the Nokia 9000 Communicator phone via the Sonera and Radiolinja networks. This was access to the real internet. The first commercial launch of a mobile-specific browser-based web service was in 1999 in Japan when i-mode was launched by NTT DoCoMo. (Source: Wikipedia)

Building an SEO-Friendly Web App With MERN Stack - What All You Need to Know!