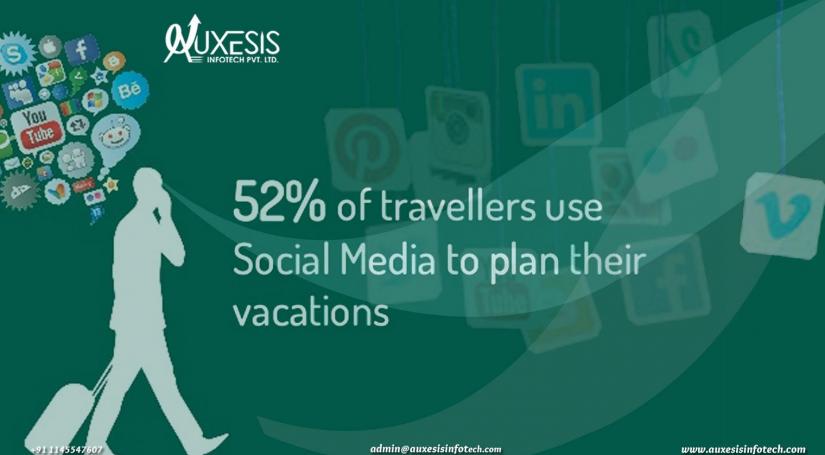 Here Comes Some Really Interesting Facts About Your Social Media Handles Which You Mayn't Know.

# Almost 5 billion videos are watched on Youtube every single day.

# The total number of hours of video watched on YouTube each month – 3.25 billion.

#If Facebook is a country then it would be the world's largest country surpassing both China & India.

# Facebook has 5 million active advertisers on the platform. source- Forbes

# There are 10+ million active jobs on the site currently.

# LinkedIn is now available in 24 languages.

# According to a 2016 Forrester report, Instagram has the highest interaction rate. It has 2.2 percent per-follower interaction rate. That overshadows the other networks, including Facebook with its 0.22 percent rate. source- Forbes

# Infographics shared on Twitter get 832% more retweets than images and articles.

# 52% of travelers use social media to plan their vacations.

Experience Wonders in Your Websites with the Best Social Media Strategies

Best social media platforms to look for in 2019

Hope you enjoyed reading these interesting facts about social media and if you want more of such updates keep following Auxesis Infotech.

Thinking of Building a Social Media Platform? Here Are Important Things to Know!