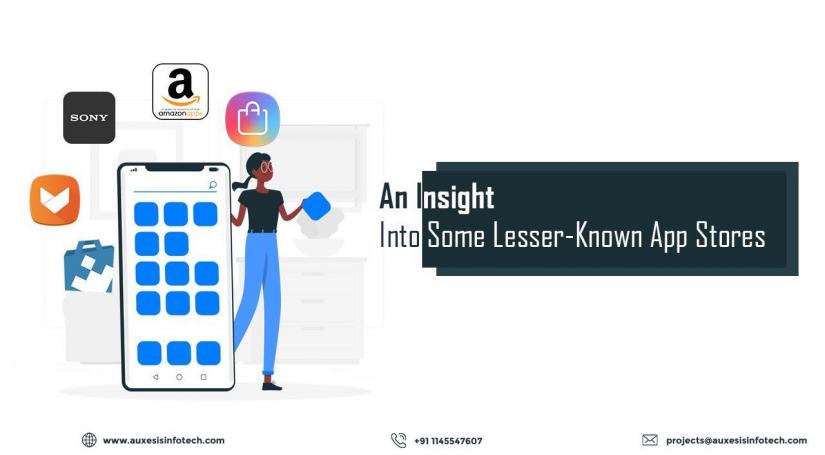 Which phone do you own? Is it an iOS one or OS one or a Windows phone (yes, the one which is no longer available in the market)? Well, whatever the phone operating system is, the fact is users heavily depend on Google App Store (for android phones) and Apple Store (for iOS phones) to download any app. But what if a particular app is not on Play Store or App Store, then from where would you download it? Obviously, downloading an app from an unauthorized source comes with plenty of risks, and hence, that’s not an option at all. Then, what’s the best and the authorized platform? Well, that is for what we are here - to impart knowledge and information to people about the alternatives to Google and Apple stores.

Here we are going to talk about the 5 lesser-known yet the trusted app stores from where also one download apps. So, let’s get started!

Agree or not but, this app store has always been there on most of our devices (if you have a Samsung smartphone), but we never paid any heed to it. The reason could be anything, maybe it lacks a good interface, not easy to use, isn’t that popular or anything. But, apart from all these, what is important is whether or not it is a trusted platform. And guess what, it’s the Samsung itself who owns it! Do you really need any more clarification on whether to trust it or not? Since Samsung produces Android-based mobile devices, the app store is for android users only.

Not many know that Sony too has its app store. The app store is built for people with Sony mobile devices. Sony Apps serves as an alternative to the Google Play Store. A Sony user doesn’t need to install the Google Play Store as the device itself includes in-built Sony Apps. Along with the apps, it is also driven towards entertainment.

Wondering where that comes from? Well, it was here ever since it was founded back in March 2011. It’s just we never paid any attention to it, isn’t it? It’s no surprise that Amazon is an e-commerce giant but it also has branched into the space of apps space. The app store hosts Android apps and it comes pre-installed on various devices like Kindle Fire and Fire Phone.

Though Uptodown is an Android-specific mobile app store, you can also find Windows and iOS apps. When it comes to apps, Uptodown is the top competitor of Google Play Store. There are thousands of apps on Uptodown that are absolutely free of cost. Not just for your phone, you can also download apps for your laptop or PC through this app store.

For a fact, Aptoide is primarily the alternative to Google Store for many android users. From productive apps to games to social media apps, you can find almost all the apps on Aptoide. Since the app store doesn’t include a huge number of apps, hence, the display of app listings makes it easy for users to navigate their choice of apps or their alternatives.

Why Your Brand Needs A Mobile App?

How Does A Mobile App Act As The Secret Catalyst Of The Online Business Trend?

How Can A Mobile App Be Used For Lead Generation?

There are a number of other app stores as well that also hold a good number of audience. As a business owner, it’s important from your end to make sure that your app reaches to each and every user in order to make it a successful one. And if you are looking for that one-stop solution that could not just help you build a website but also guide you let you know which app stores are the best for your app, then Auxesis Infotech is the best bet. Quote now to know more about us and our impeccable services.