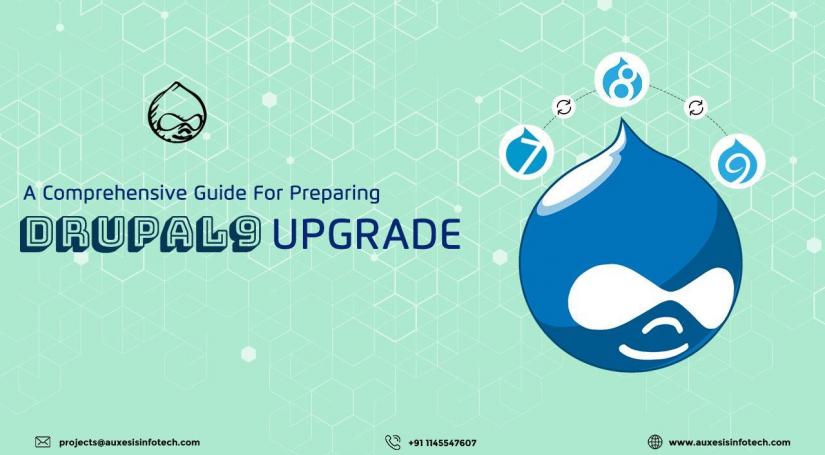 Drupal 9 Readiness Checklist: How Prepared Are You to Migrate?

With the release of Drupal 9 approaching, many organizations have already decided to go for an early migration to Drupal 9. While some organizations are looking for the answers for the benefits of upgrading to Drupal 9, whereas, some are wondering about the next step for Drupal 9 readiness. Even if you are not considering the Drupal 9 upgrade now, the near future scene would be something else. To stay in the competition and to follow the trend, you will have to look to upgrade from Drupal 8 to 9.

This post is for all those who are thinking of upgrading their websites to Drupal 9 as soon as it gets released. It includes a readiness checklist for getting your Drupal 9 website ready just after the release date, which is 3rd June.

It’s Features - What’s New in Drupal 9?
Well, everyone in the tech space looking to know about the set of new features Drupal 9 is coming up with. So, here we bring some key features:

Drupal 9 is all ready to roll on the floor. It has built withing Drupal 8. Just to let you know, Drupal 8.9 will get released along with Drupal 9. The reason for that is - both Drupal 9 and Drupal 8.9 are going to be the same, except that Drupal 9 will be a cleaned-up version that is supported by the latest versions of its third-party dependencies. This facilitates an easy upgrade from Drupal 8 to 9.

By knowing that Drupal 8.9 and Drupal 9 are the same, this question must have arrived in your mind - why to even upgrade to Drupal 9 when both are the same? Well, because:

Doesn’t matter whether you want to upgrade from Drupal 7 to Drupal 9 or Drupal 8 to Drupal 9, planning is indeed the most important thing. Since there are just a few days remaining for the release of Drupal 9, now is the best time to start planning and get prepared for getting your Drupal 9 website ready.

There are many organizations that are still on Drupal 7 and are looking to migrate to Drupal 9 as soon as it gets released. If you are amongst those, well, the entire process should be divided into two parts:

As mentioned above, it is easier to upgrade to Drupal 9 from the latest version of Drupal 8. Whereas, if you are thinking of upgrading directly from Drupal 7 to Drupal, well, that would take a considerable amount of time. Hence, the ideal way is to first migrate to Drupal 8 and then upgrade to Drupal 9. Besides, both Drupal 7 and Drupal 9 are expected to reach the end of life by November 2021. However, until then, they will continue to receive community support.

For a smooth and easy update to Drupal 9, it is crucial that you stay updated with Drupal 8. The latest version of Drupal 8 is 8.8. Your website has to be on Drupal 8.8 in order to take it to Drupal.

You cannot make way for new and improved Drupal 9 features unless and until the deprecated code is not removed. To embrace the cleaner code, it is important to Drupal core and contributed modules up to date.

You may also like:   Hiring A Drupal Development Agency

Upgrading to Drupal 9 will surely be an easy process. However, you have to plan strategically in order to implement the upgrade process effectively.  Also, if you are looking for Drupal migration services, it would be best to hire professionals. Auxesis Infotech is a leading Drupal development company with proven experience in designing and developing appealing Drupal websites for clients.